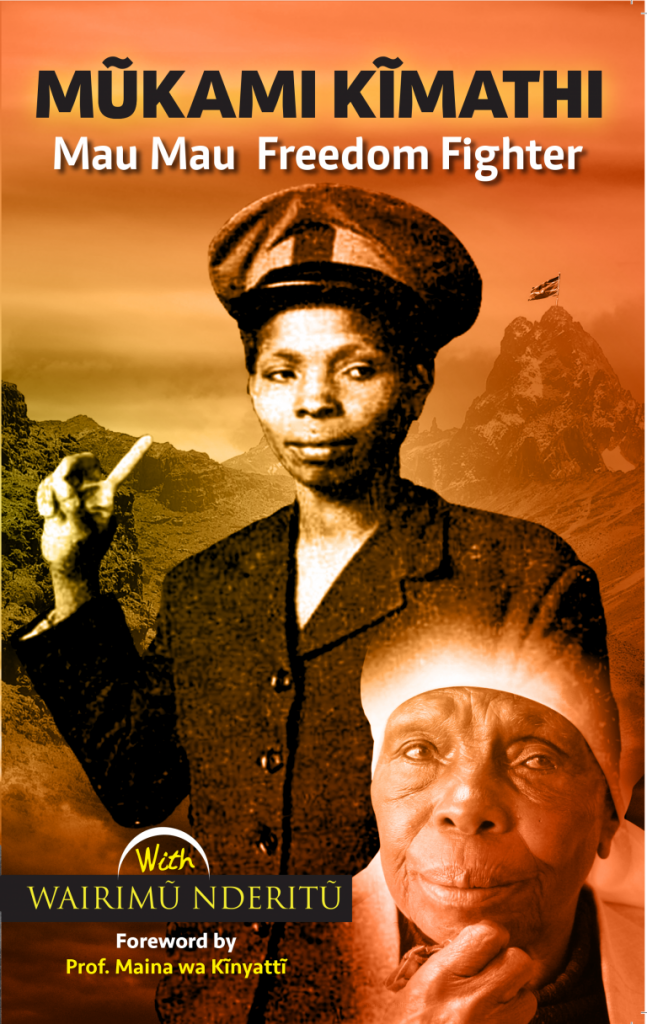 Mükami Kimathi: Mau Mau Freedom Fighter is the story of the brave wife of one of Kenya’s foremost freedom fighters, Field Marshal

as a daughter, wife, mother, freedom fighter and leader is varied and very complex.

Her story spans pre- and post-independent Kenya. Her experiences provide an important complement to existing written literature on

Kenya’s history. In 2003, the Mwai Kibaki Government lifted the ban put in place by the British colonialists declaring the Mau Mau as terrorists, and recognised Mükami Kimathi and other freedom fighters as national heroes and heroines celebrated on 20th October

This book gives an in-sight into the role of women freedom fighters and the struggles they faced both during and after the war. It is an

incredible story of immense self-sacrifice and love for Kenya. Mükami provides the lens to see the wider picture of women in the

independence struggle, the neglect and betrayal of wives of Mau Mau fighters in particular and women in general in Kenya’s making.

Beyond her role in the independence struggle, Mükami’s story has many historical highlights such as time shared with Kimathi,