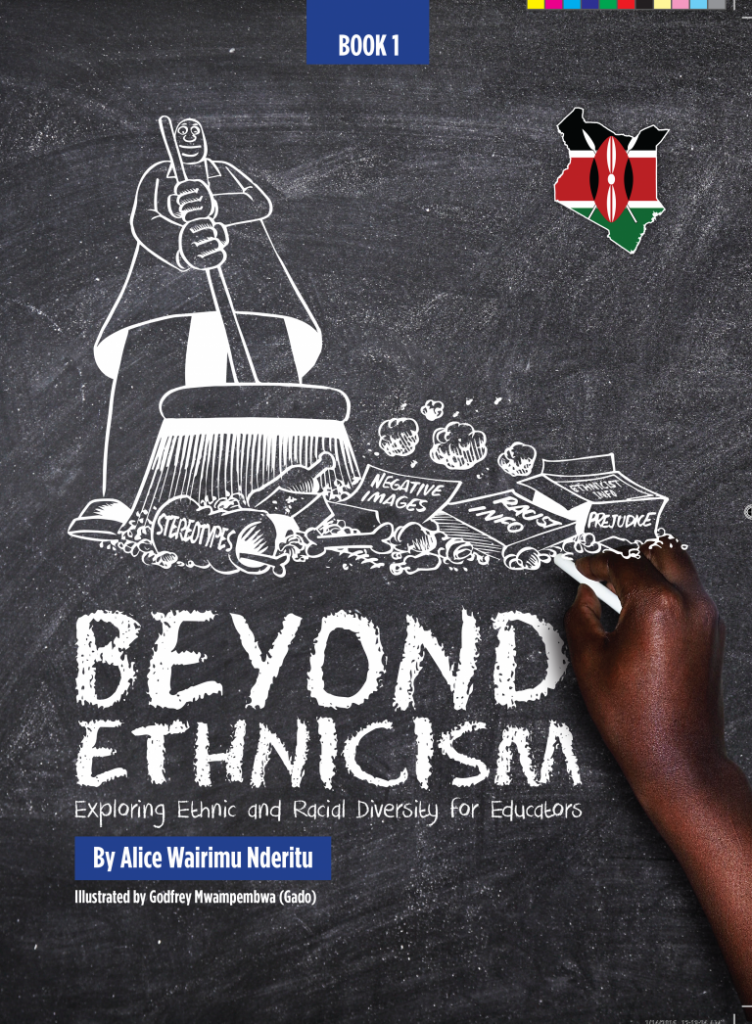 The manual, Beyond Ethicism, Exploring Racial and Ethnic Diversity for Educators, a first of its kind in Kenya, speaks to the key issues of ethnic and racial belonging that are such a key determining factor in defining and dividing Kenyans. These two issues influence many social, economic and especially political-decisions. The manual transcends the limitations of current discussions on ethnicism and racism. Questions Of ethnic and racial belonging are connected to some of the deepest moral and political decisions of our time. Belonging is an emotional subject that as a country citizens should not lose capacity to discuss coherently. An educator who wanted  to know how to end ethnicism and racism inspired the writing of this manual. Ethnic and racial favoritism as well as discrimination have seeped into the education system.

Educators sit in staff rooms  as members of political parties or ethnic communities and sometimes consciously or unconsciously perpetuate ethnic and racial stereotypes and prejudices. Educators find talking about ethnicism and racism difficult. They do not know where to begin yet they can recognize ethnicism and racism in learners. Sometimes they practice it themselves, favoring or discriminating learners on the basis Of ethnicity or-race. Educators are

sometimes helpless in arresting ethnicist and racist practices in their learners or themselves, as they do not have the tools to do so. Educators require a tool that helps them to address contextual ethnic and race related concerns without undermining the human rights inherent in every being. This tool will be the key to a new generation of Kenyans defined but not divided by belonging. This manual is a practical resource that creates this kind of tool and the space

to create a discourse for educators amongst themselves on how to combat ethnicism and racism. It asks rarely addressed critical and significant questions on the meaning of ethnic and racial belonging. The manual addresses the arresting of stereotypes and prejudice before they morph into actual discrimination and sometimes violence.