UNESCO Launches Teacher’s Guide on the Prevention of Violent Extremism 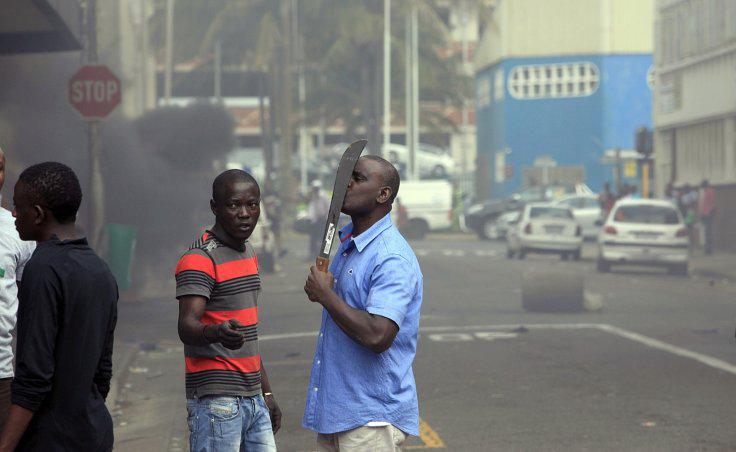 Afrophobia”? “Xenophobia”? “Black on black racism”? A “darker” as you can get hacking a “foreigner” under the pretext of his being too dark — self hate par excellence? Of course all of that at once! Yesterday I asked a taxi driver: “why do they need to kill these “foreigners” in this manner?”. His response: “because under Apartheid, fire was the only weapon we Blacks had. We did not have ammunitions, guns and the likes. With fire we could make petrol bombs and throw them at the enemy from a safe distance”. Today there is no need for distance any longer. To kill “these foreigners”, we need to be as close as possible to their body which we then set in flames or dissect, each blow opening a huge wound that can never be healed. Or if it is healed at all, it must leave on “these foreigners” the kinds of scars that can never be erased.

I was here during the last outbreak of violence against “these foreigners”. Since then, the cancer has metastized. The current hunt for “foreigners” is the product of a complex chain of complicities — some vocal and explicit and others tacit. The South African government has recently taken a harsh stance on immigration. New, draconian measures have been passed into law. Their effects are devastating for people already established here legally. A few weeks ago I attended a meeting of “foreign” staff at Wits University. Horrific stories after horrific stories. Work permits not renewed. Visas refused to family members. Children in limbo in schools. A Kafkaian situation that extends to “foreign” students who entered the country legally, had their visas renewed all this time, but who now find themselves in a legal uncertainty, unable to register, and unable to access the money they are entitled to and that had been allocated to them by Foundations. Through its new anti-immigration measures, the government is busy turning previously legal migrants into illegal ones.

“Try as you might, it is hard not to turn an online corner in Africa
without bumping into Africa is a Country.” –Mail & Guardian

Chains of complicity go further. South African big business is expanding all over the Continent, at times reproducing in those places the worse forms of racism that were tolerated here under Apartheid. While big business is “de-nationalizing” and “Africanizing”, poor black South Africa and parts of the middle class are being socialized into something we should call “national-chauvinism”. National-chauvinism is rearing its ugly head in almost every sector of the South African society. The thing with national-chauvinism is that it is in permanent need of scapegoats. It starts with those who are not our kins. But very quickly, it turns fratricidal. It does not stop with “these foreigners”. It is in its DNA to end up turning onto itself in a dramatic gesture of inversion.

I was here during the last “hunting season”. The difference, this time, is the emergence of the rudiments of an “ideology”. We now have the semblance of a discourse aimed at justifying the atrocities, the creeping pogrom since this is what it actually is. An unfolding pogrom to be sure. The justificatory discourse starts with the usual stereotypes — they are darker than us; they steal our jobs; they do not respect us; they are used by whites who prefer to exploit them rather than employing us, therefore avoiding the requirements of affirmative action. But the discourse is becoming more vicious. It can be summarized as follows: South Africa does not owe any moral debt to Africa. Evoke the years of exile? No, there were less than 30,000 South Africans in exile (I have been hit with this figure but I have no idea where it is coming from) and they were all scattered throughout the world — 4 in Ghana, 3 in Ethiopia, a few in Zambia, and many more in Russia and Eastern Europe! So we will not accept to be morally blackmailed by “those foreigners”.

Well, let’s ask hard questions. Why is South Africa turning into a killing field for non-national Africans (to whom we have to add the Bengalis, Pakistanis, and who knows whom next)? Why has this country historically represented a “circle of death” for anything and anybody ‘African’? When we say “South Africa”, what does the term “Africa” mean? An idea, or simply a geographical accident? Should we start quantifying what was sacrificed by Angola, Mozambique, Zimbabwe, Namibia, Tanzania, Zambia and others during the liberation struggle? How much money did the Liberation Committee of the Organization of African Unity (OUA) provide to the liberation movements? How many dollars did the Nigerian state pay for South Africa’s struggle? If we were to put a price tag to the destructions meted out by the Apartheid regime on the economy and infrastructures of the Frontline states, what would this amount to? And once all of this has been quantified, shouldn’t we give the bill to the ANC government that has inherited the South African state and ask them to pay back what was spent on behalf of the black oppressed in South Africa during those long years? Wouldn’t we be entitled to add to all these damages and losses the number of people killed by Apartheid armies retaliating against our hosting South African combatants in our midsts, the number of people maimed, the long chain of misery and destitution suffered in the name of our solidarity with South Africa? If black South Africans do not want to hear about any moral debt, maybe it is time to agree with them, give them the bill and ask for economic reparations.

Of course we all see the absurdity of this logic of insularity that is turning this country into yet another killing field for the darker people, “these foreigners”. But it would not be absurd, since the government of South Africa is either unable or unwilling to protect those who are here legally from the ire of its people, to appeal to a higher authority. South Africa has signed most international conventions, including the Convention establishing the International Penal Tribunal in The Hague. Some of the instigators of the current “hunting season” are known. Some have been making public statements inciting hate. Is there any way in which we could think about referring them to The Hague? Impunity breeds impunity and atrocities. It is the shortest way to genocide. If these perpetrators cannot be brought to book by the South African State, isn’t it time to get a higher jurisdiction to deal with them?

Finally, one word about “foreigners” and “migrants”. No African is a foreigner in Africa! No African is a migrant in Africa! Africa is where we all belong, notwithstanding the foolishness of our boundaries. No amount of national-chauvinism will erase this. No amount of deportations will erase this. Instead of spilling black blood on no other than Pixley ka Seme Avenue (!), we should all be making sure that we rebuild this Continent and bring to an end a long and painful history — that which, for too long, has dictated that to be black (it does not matter where or when), is a liability. 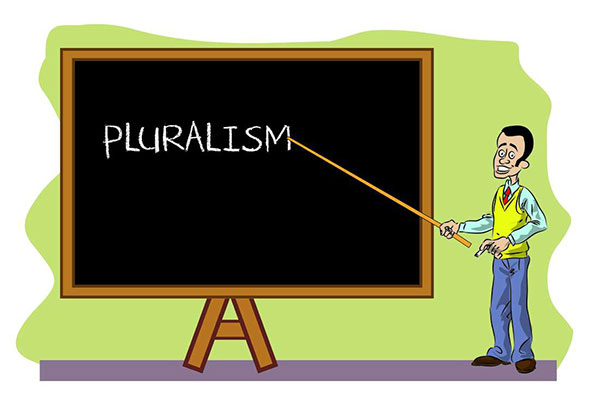 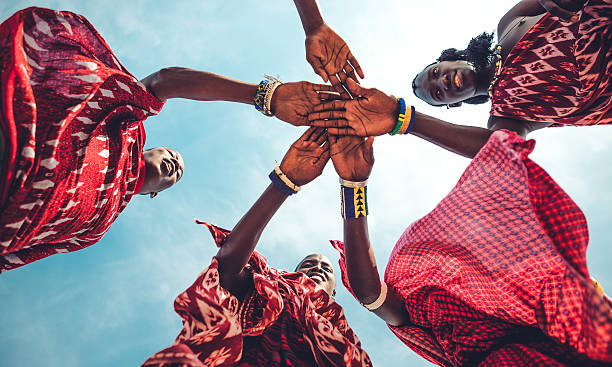 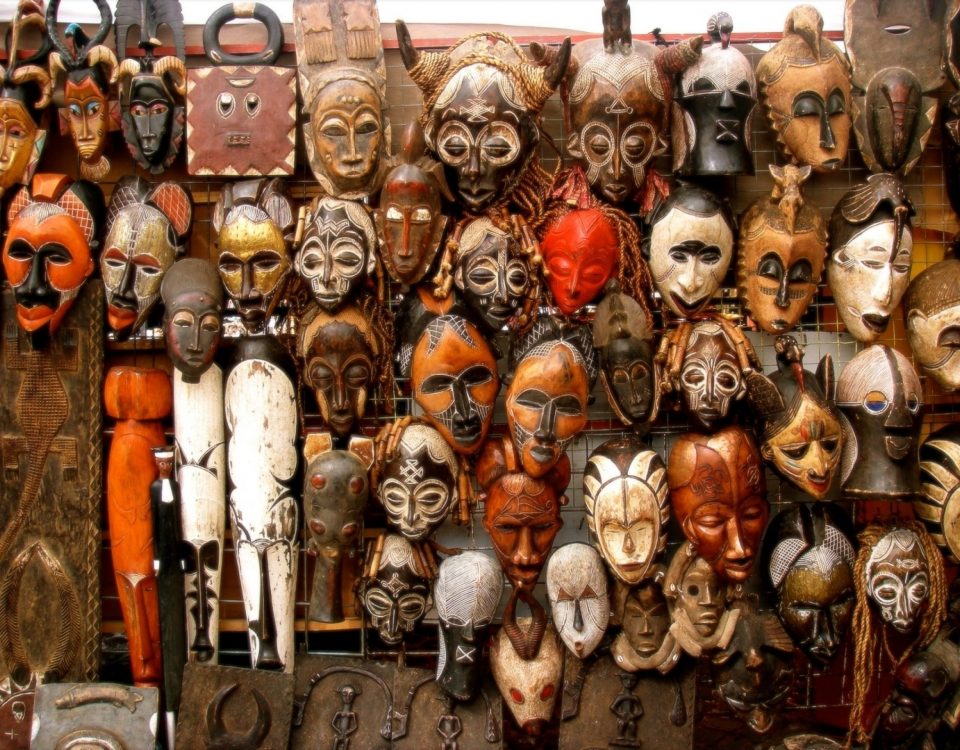